4 People Arrested In Alleged Rape Of LSU Student Madison Brooks, Who Died After She Was Hit By Car 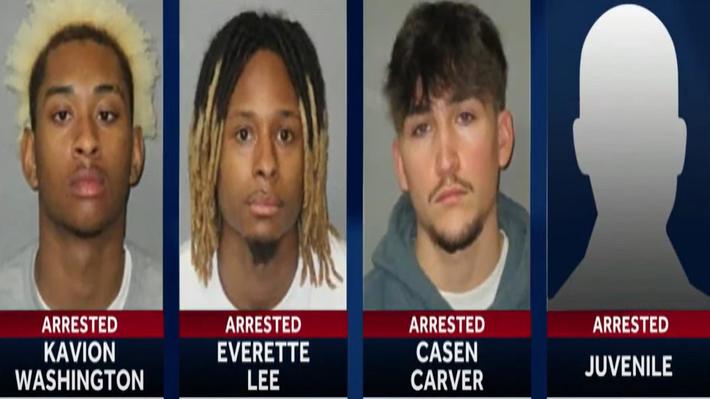 Four suspects have been arrested for the involvement of the case of the Lousiana State University student who was hit and killed by a vehicle in Baton Rouge earlier this month.

According to East Baton Rouge Police Department, a 17-year-old juvenile and Kaivon Deondre Washington, 18, are being accused of third-degree rape.

Two other men, Everette Lee, 28, and Casen John Carver, 18, are being accused of being principles to the crime. This means that they were present during the incident but were not directly involved.

According to police, Madison Brooks, 19, was leaving a bar in Tigerland around 1 a.m. when she entered the vehicle of the four suspects.

Washington and the unnamed juvenile are accused of raping her in the rear seats, while the other two suspects were in the front seat. The four suspects then dropped her off at a random location which led to her being hit by a vehicle around 3 a.m. on Burbank Drive near Pelican Lakes Parkway.

Deputies say Brooks' toxicology reports show her blood alcohol content (BAC) was .319g%. According to the University of Notre Dame Research, the effects of a BAC between .350g% and .399g% are listed as alcohol poisoning. Tetrahydrocannabinol (THC) was also found in her system.