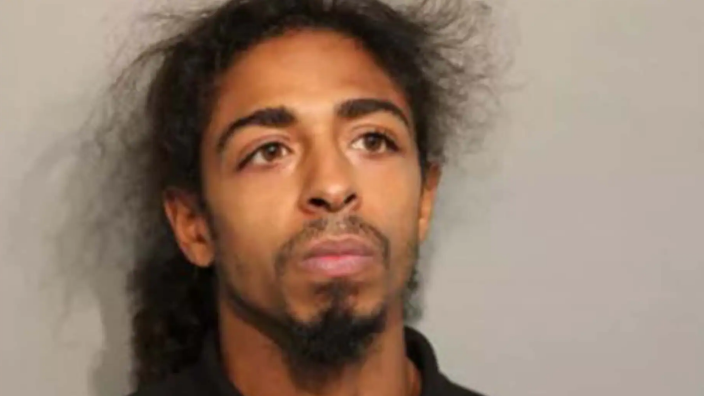 Police in Chicago and suburban Evanston say that at least four people are dead, including the gunman, and at least four others were critically injured during a shooting spree across both cities on Saturday.

Originally, police had reported that four victims had died in the shootings, but a woman who was shot in Evanston inside of an IHOP restaurant is still fighting for her life Sunday morning, according to an updated statement from authorities.

The man police believe was responsible for the shootings, identified as 32-year-old Jason Nightengale, was shot and killed during an exchange of gunfire with police outside of that Evanston restaurant, bringing to an end a string of murders that shocked the city.

The shooting spree began in the 5300 block of South East End Avenue at approximately 1:50 p.m. Saturday when Nightengale entered a parking garage and fired shots at a 30-year-old man, who was sitting inside a vehicle.

That man, who was later confirmed to be a student at the University of Chicago, was pronounced dead at the scene, according to Chicago police.

Approximately 30 minutes later, Nightengale entered an apartment building in the 4900 block of South East End Avenue. He fired shots at a woman, who was serving as a security guard at the building. She was taken to the University of Chicago Medical Center, where she was pronounced dead.

Another woman, 77, was inside the building retrieving her mail when she was hit by gunfire. She is in critical condition at the University of Chicago Medical Center, police said.

The gunman then moved down East End Avenue to another building and pulled a gun on a male victim, whom he knew, according to police. The man pushed the individual into his apartment and demanded the keys to his vehicle, and fled the scene in a red Toyota sedan.

At approximately 3:45 p.m., the suspect drove to the 9300 block of South Halsted Street and entered a retail location, where he announced a robbery. Police say he then fired shots, striking a 20-year-old man in the head. That man was taken to Christ Hospital, where he was pronounced dead.

An 81-year-old woman inside of the store was shot in the back and neck, and was taken to Christ Hospital, where she remains in critical condition.

At approximately 5 p.m. the gunman struck again, this time shooting a 15-year-old girl who was riding in a vehicle in the 10300 block of South Halsted Street. The girl was hit in the head, and was taken to Comer Children’s Hospital, where she is in critical condition.

Just five minutes later, Nightengale fired shots at a Chicago police vehicle that was investigating the previous shooting at the CVS location, striking the vehicle. No one was hit during that incident.

Nightengale then allegedly drove northward to a CVS pharmacy near the border of Chicago and Evanston, announcing a robbery Saturday evening. After firing at least one shot there, which did not strike anyone, he fled across the street to an IHOP restaurant.

Once inside, the gunman shot a woman in the head, according to Evanston police. She is in critical condition as of Sunday morning, according to authorities.

Nightengale then fired shots at Evanston police and they returned fire. He was hit multiple times by gunfire, and was transported to AMITA Health St. Francis Hospital, where he was pronounced dead.

Police are still unclear of a motive in the case, and Chicago and Evanston police are continuing to investigate the shootings.