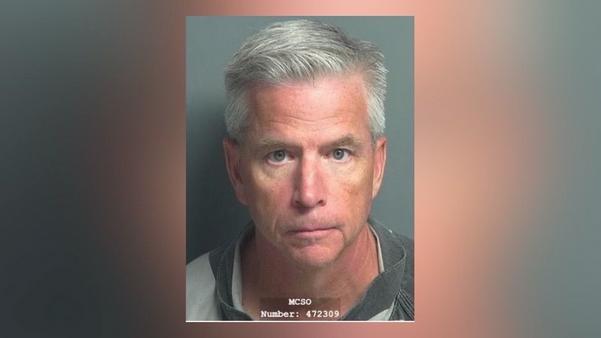 HARRIS COUNTY, Texas (KTRK) -- The assistant chief for Harris County Precinct 5 is among 14 suspects arrested and accused of solicitation of prostitution at a hotel, according to the Montgomery County Sheriff's Office.

Precinct 5 assistant chief Brian Harris has been identified Thursday as one of the men charged with solicitation of prostitution.

According to the Montgomery County Sheriff's Office, its organized crime unit and the Human Trafficking Rescue Alliance conducted an undercover sting operation and took the 14 suspects into custody.

Precinct 5 Constable Ted Heap was notified Wednesday night of the incident involving his assistant chief. Harris has since been relieved of duty, according to a statement from Heap's office.

"We hold our deputies to the highest standard. His termination is effective immediately," Heap said.