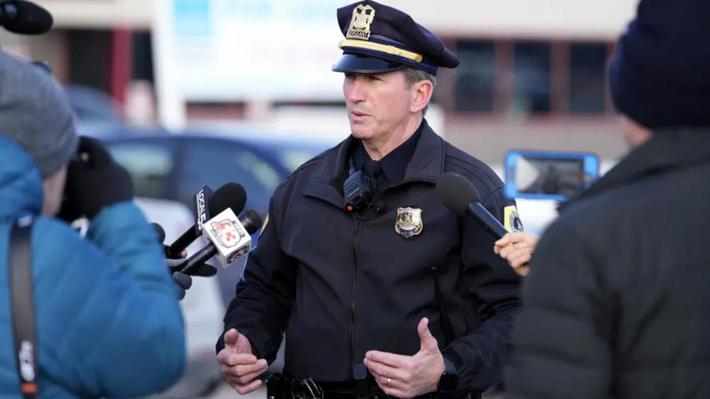 DES MOINES, Iowa (AP) — 2 teenage students were killed Monday & a man was seriously injured in what police said was a targeted shooting at an alternative educational program that was designed to keep at-risk youth away from trouble. The injured man was identified as the program’s founder — a rapper who left a life of violence & was dedicated to helping youth in Des Moines.

3 people were arrested shortly after the shooting at the educational program called Starts Right Here, police said. Des Moines Mayor Frank Cownie identified the injured adult as William Holmes — who goes by the stage name Will Keeps & said the victims & those arrested were all teenagers.

“That brings a total of 5 families of teenagers affected by youth gun violence in a matter of minutes on a Monday afternoon,” Cownie said. “This is a growing & alarming phenomenon in our country & one we’ve seen too often in the past and again today.”

Starts Right Here is an educational program affiliated with the Des Moines school district. The 2 students died at a hospital. The adult, later identified by the mayor as Keeps, was in serious condition & police said he was in surgery Monday evening.

Police said officers stopped a car that matched witnesses’ descriptions about 2 miles away & took 3 people into custody. Police said 1 person ran from the car, but officers tracked that person down with a K-9.

“The incident was definitely targeted. It was not random. There was nothing random about this,” Sgt. Paul Parizek said. But he said the motive for the shooting was unknown.

The Starts Right Here program, which helps at-risk youth in grades 9-12, was founded in 2021 by Keeps.

“The school is designed to pick up the slack & help the kids who need help the most,” Parizek said. Police did not say whether the teenagers in custody were students at the program.