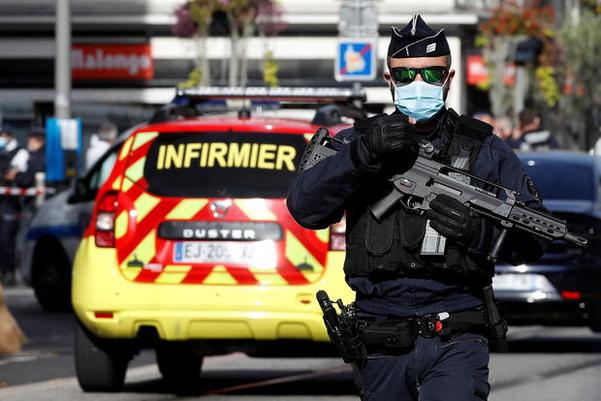 An attacker armed with a knife beheaded one person and killed two others at a church in the French city of Nice on Thursday, French police and officials said. The country was already on high alert for extremist violence amid tensions over caricatures of the Muslim Prophet Muhammad published by satirical French magazine, Charlie Hebdo.

During Thursday's attack, the assailant reportedly cried out "Allahu Akbar," Nice's mayor, Christian Estrosi, said. The attacker, who was injured while being arrested, was taken to a nearby hospital, a police official said. He was believed to have been acting alone.

There have been other recent attacks in France with links to the Charlie Hebdo cartoons. France has now raised its security threat level to the highest available.