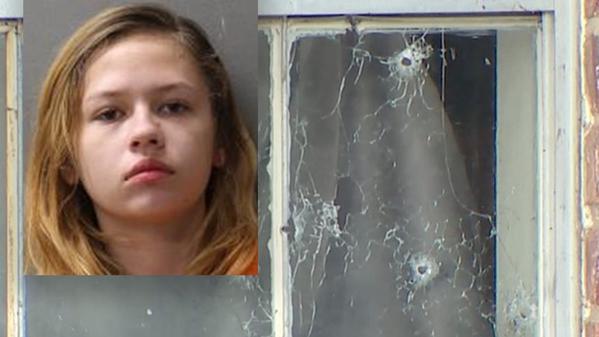 HARRIS COUNTY, Texas — An 18-year-old is accused of killing 20-year-old Sierra Rhodd -- a woman with disabilities who was shot and killed while she was lying in bed.

Investigators said they have charged Emma Presler with murder. She is currently booked in Harris County jail on an unrelated charge.

The deadly shooting happened at about 11 p.m. Sunday in the 11200 block of Timber Crest Dr. in northwest Harris County. According to the investigators, Rhodd was in her bedroom when several gunshots were aimed at her family's home.

Rhodd was shot and pronounced dead on scene.

The shooters were able to get away but not before Rhodd's 15-year-old brother was able to grab a gun and shoot at the gunmen, according to Harris County deputies.

An investigation revealed that Rhodd was not the intended target and the motive for the shooting was retaliation against Rhodd's brother due to an ongoing feud.