The Bullet To The Ballot Web Series ft Beanie Sigel, Leon Da Zoe God ( Official Trailer) written by @cclassave @therealmr300ave @bttb_theseries The Bullet To The Ballot Is a Pro Black Series.Focused on bringing justice by force for civil rights victims such as Trayvon Martin, Breonna Taylor Emmet Till and topple the government. Focused on revenge and reparations .  Set to air June 19th 2021 on. youtube/letsgo4life SUBSCRIBE.…

THISIS50 Interview with Creator/Writer/Actor/Artist  C Class (@cclassave) & Partner/Actor Mr 300  (@therealmr300ave) talk the road from 12k views to over 10 million and building a bizness.  They discuss how they turned a Web Series into a successful Multi - Business. His catalog of films include Five seasons of ' Lets Go: A New Vintage Story, Two Christmas comedy movies, one soundtrack and a brand new series " The Bullet to the Ballot"  Dubbed A New Age Civil Rights Film set to…

The Bullet To The Ballot" written by Chan Davis aka @cclassave. Is the story of Ogun Caviness whose family of Black Activist were victims of police brutality when he was a kid. He pledged revenge and reparations for his family and all black people by turning his Pro Black Organization into a Black offensive military hunting Racist offenders of Black people. It is the conclusion to the teachings of Malcolm X , Dr. Khalid Muhammad and the Black Panther Party. This film is set in 2022…

The Chad Marks Story: .Sentenced to 40 yrs on 924c Freed himself and over 40 Men+ helping Guy Fisher

After being convicted Chad Marks was sentenced to 40 years in Federal Prison, he then took the law in his own hands after seeing how his paid lawyer had done his case. He hit the law library with a vengeance for freedom, eventually getting his sentenced reduced and eventually released in 2020. While in prison for 17 years he helped other prisoners with cases motions and filings in which he Freed over 40 men. He assited Ronnie…

In this @fcc_tv1 interview with Russell Simmons son Jinx da Juvy he speaks on firing his paid attorney to have a jail house lawyer " Chad Marks" (who is free now) file it and ultimately get his appeal granted. Jinx speaks on his love for 50 cent new show For Life and how it relates to prison and his situation, lastly he speaks on his first appeal being denied and getting the news on his bday and crying back in his cell. Follow @Free_Jinx @fcc_tv1… 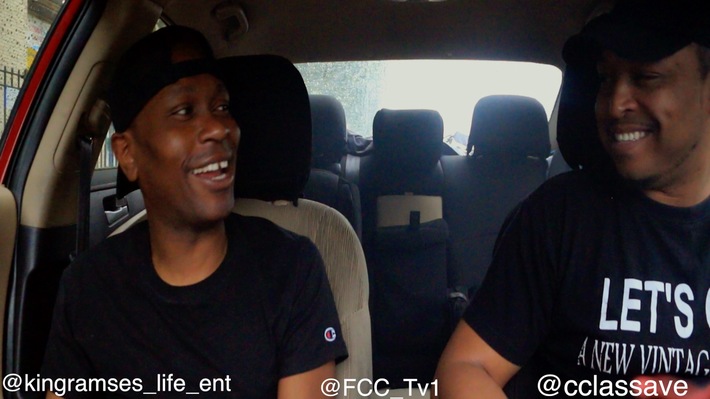 Fcc Tv:( Part 1) C-class sits down with Roc-a-Fella Records A & R legend Ramses Franscois who has been credit for helping create some of the greatest albums to come from Rocafella Records. In this Episode Ramses speaks on meeting Kanye West early, hearing him rap and believing in him before others, he also speaks…

Youtube original series " Lets go: a new vintage story" created by artist C-class , now famed self-taught director has now surpassed 4.7 millions views on the video sharing platform. C-class has released two seasons , one movie and a soundtrack titled " Lets Go vol.1 hosted by Dj iou. Class which is his actor name recently won the award for " Best Actor in a Lead Role" at the 2018 web series awards. Lets Go: A new vintage story depicts the lives of a group from Tilden Houses who…

Brownsville Brooklyn, Based Youtube web series Lets Go: a New Vintage Story created by Chan Davis a.k.a rap artist C-class Scores 3 Million views in 12 Months with the hit series and spin off comedy Lets Go: Christmas the Movie. C-class went from being on the run twice most wanted in the news paper to the driving force of his neighborhood as new independent film director telling those same stories of his life.

Lets Go a new vintage story is depicting the lives of a group from Tilden Houses who finds comfort from life issues in fashion and crime as they battle growing up in Brownsville. C-class also adds a movie to the list of projects under…

A new vintage story depicting the lives of a group from Tilden Houses who finds comfort from life issues in fashion and crime as they battle growing up in Brownsville, Brooklyn. Theme song: Lets go Prod by Dj Cool http://itunes.apple.com/album/id11341...

on a True Story Written and Created by C-Class…

C-class releases visual to his remix to Thug Shit ft Arlis Michaels and Pricelessallday on that Kingpin of the inkpen vol.2 reloaded Hosted by Dj superstarJay.

C-class releases video to his smash single "My Ig" ft Veteran Philadelphia rapper Gillie da Kid produced by Kidd Flash, Directed and edited by Bcity for Wegohard.tv and Co-Directed by Foe. C-class sports Effen Vodka all though the video and has appearances from Leon da Zoe God and Cash from Hit Web Series "Money and Violence" ,Backdoor Movements Ceo Smit, Arlis Michaels, Kasey Marcelle and some hot girls. Video Below…

It seems it all started when Rich Dollaz responded to some tweets C-class and a fan of Rich was having and then Dj Iou responded back asking Rich was he mad at C-class for smashing Jhonni Blaze and from there it was on. Jhonni blaze even threw a shot at Precious Paris also. C-class caught wind of it and…

"Kingpin of the Inkpen Vol.2 Reloaded "Hosted by Dj Superstar Jay Due out in few weeks.