Kwame Teague aka Dutch has been incarcerated for almost 30 years and while ensuring he remained positive and productive despite his circumstances he turned to writing and has over the years become one of America’s favorite authors. Along the way Dutch has aggressively searched for various outlets and platforms that not only allow but eagerly look for those incarcerated individuals whose voice has been stifled and allow them time and space to have their voices heard. Unfortunately, Dutch didn’t… Continue

Soaring high out of Louisville, Kentucky is none other than female emcee Louie Moe! On Monday (April 12th), the Louisville rhymer dropped off her latest video titled, “Players… Do you understand the true meaning of the word “boss?” If the term is based off of coming up the hard way in the streets, it is defined as “one who motivates his team; someone who a team looks up to and follows because he helps them to grow and ensures that everyone eats.” These words are the law of rapper, entrepreneur, and CEO…

Billionaire Burke is back!! The long-awaited return of this soon to be infamous Harlem native has finally arrived. Now we see why the short hiatus; he was busy behind the scenes preparing.
Billionaire Burke’s new single ‘Need More’ complete with visuals will NOT disappoint. Produced by @ohthatskooldre and visuals being directed by Akin Films NYC.

Billionaire Burke is back doing what he does creating dope music and visually telling a story that constantly keeps you entertained.…

Midwest mascot and Beloit, Wisconsin native Daiyon, AKA The Million Dollar Voice, is a seasoned MC, artist, producer and writer who is not only a creative entity but a brand. Daiyon’s collaboration with several prestigious producers, including Grammy accredited producer Vudu Spellz, Grammy nominated Taylor Gang/Chris Brown producer Arthur McArthur and rising Toronto producer Krinny, has contributed to Daiyon’s work ethic, craft and knowledge of the music industry. Daiyon debuted his first… Continue

A Special Kind Of Magicc

From a young age Magicc was surrounded with music. His parents sang professionally in a gospel group as well as volunteered in the church choir/band. Around the age of 5 Magicc began playing drums in the church and later transitioned to…

Alexia began formal vocal training at the age of four from her mother whom established her own brilliant career as a master coach, examiner for the Royal Conservatory of Music, Composer, Producer and Recording artist —VICTORIA aka VICKI. After placing in a competition and being featured in a Broadway Musical CD compilation at a very young age, the mother-daughter team set out to develop… Continue

THE MIKE ENEMIGO STORY: HOW ONE PRISONER IS CHANGING THE GAME, ONE BOOK AT A TIME

THE MIKE ENEMIGO STORY: HOW ONE PRISONER IS CHANGING THE GAME, ONE BOOK AT A TIME 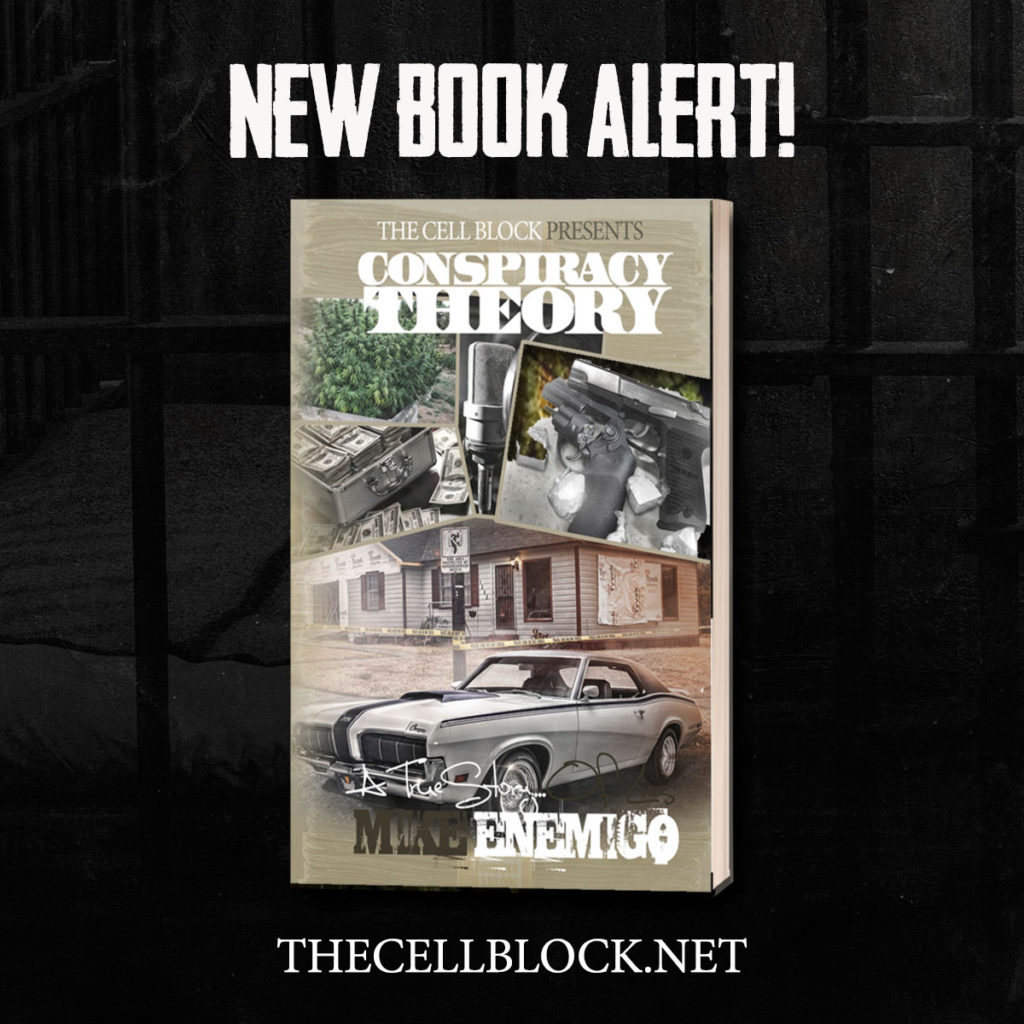 “If a person has done even a couple of years in prison and possess even the most basic means to obtain literature, there is a 99 percent chance that they’ve heard about Mike Enemigo and The Cell Block,” says Damaneh Abdolah, who plans to produce a podcast and…

Gregory Keith Canady Jr. (born August 5, 1992), known professionally as G.Canady, is an American rapper, songwriter, and entrepreneur. Born in Fayetteville, NC. G. Canady gained his recognition from his hometown while being a part of the rap group, Bang Out Squad (B.O. $). In 2010 he took his talents to Texas, where he released his first series of Beast Mode mixtapes as a solo artist. Now residing in Atlanta, GA, G.Canady released his mixtape Urban Greatness in 2016. Less than a year later in… Continue

MrWalkinLick was born in Miami, Florida. MrWalkinLick grew up in the heart of the City of Miami. He attended several schools before he finally moved in with his mother in North Miami. His father on the other hand was a well respected man in Africa, so much that when he died, his remains were buried in Ode-Itsekiri AKA Big Warri, a city in southern Nigeria.…

DCHÉ is set to release its signature product line, Risqué! 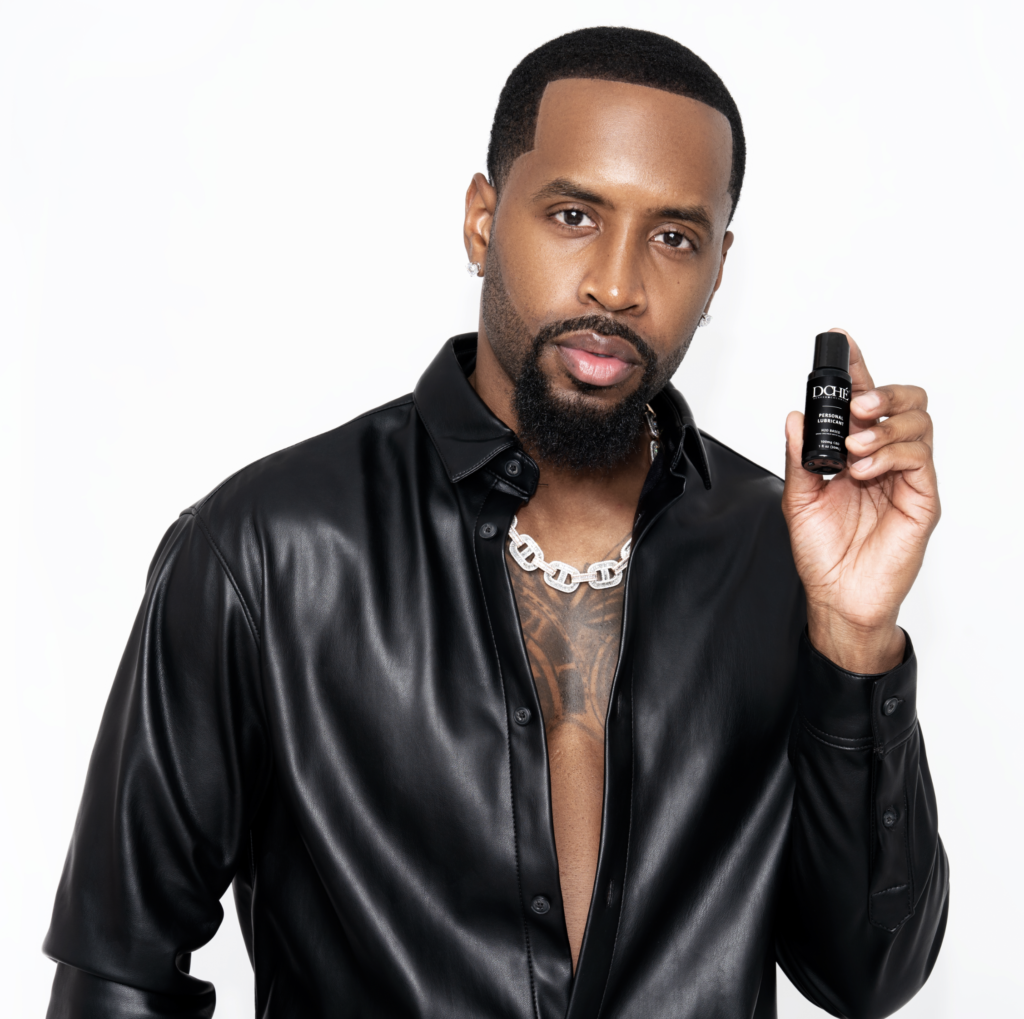 Love & Hip Hop’s Safaree Samuels signs a three-year multimillion dollar contract with DCHÉ, a black owned company that is setting the standard in the CBD, cannabis, and luxury lifestyle communities. DCHÉ strives to bring sophistication and sex appeal to these respective industries in a manner the…

Terrel James AKA Rell Money Million born November 13th, 1985 in Gainesville, Florida home of the UF Gators and the notorious ‘Swamp’. Rell is the middle child of a large family; 7 brothers and 3 sisters. His mother is still living. His father unfortunately passed in 2016 while federal custody.


The name Rell Money Million comes from a shortened version of his government name Terrel and his attraction to money and his never-ending hustle to stack the millions. Rell is the CEO and… Continue

Breadwinner Kane is from Alabama living in Atlanta is known for being associated with Kevin Gates' Bread Winners Association. Featured artist, Fredo Bang, from Baton Rouge Louisiana is signed to Def Jam and best known for his single “Oouuh” and his 2020 mixtape “Most Hated”. Produced by grammy award winner Zaytoven, German American… Continue

Mr. MooQ writes songs that are, at times both “Old Fashioned” and also very contemporary. Pulling emotions from the deep well of his experiences, Mr. MooQ writes and produces music alive with “feeling.” His thought-provoking lyrics are sung with a different spin, combining beautiful melodies with powerful grooves. Though the beats may change and the production will vary, every song tells a story and is written from the heart.

XXVI-CMX The Label (Pronounced TWENTY SIX NINE TEN) is a Record Label founded by Kaboom Holy in 2018. Developing a unique sound out of Fayetteville, North Carolina, Kaboom Holy has cultivated a short but powerful roster including himself and label-mate Money 2x. When asked what his label had to offer he is quoted saying “I found the best and most productive team to move with and it was done!” Songs like “Bullet Holes and O’s” and “Smack Em” hitting a…
Continue

(Ocala, Florida) Skroll Music Inc. is excited to announce that their priority artist and founder; Jack Diamond has released a new single that’s already well on its way to being a hit single. “Free Love” featuring Think It’s A Game Records artist YFN Lucci it definitely delivers. Produced by Kyle Junior. A true collaboration of both that typical Florida sound but with many Atlanta undertones.

Khama Tate AKA SOS Kham Kham is an up and coming hip hop artist. Born and raised in Jamaica. Kham has two older brothers. Kham moved to the states in the 8th grade with her Mom after her Mom was awarded a full scholarship to complete her masters in communication. Taking to music and writing at an early age. Being a part of the high school band and chorus it’s no surprise that Kham found the stage. Becoming a crowd favorite at local talent shows. Now residing in Central Florida Kham Kham is… Continue 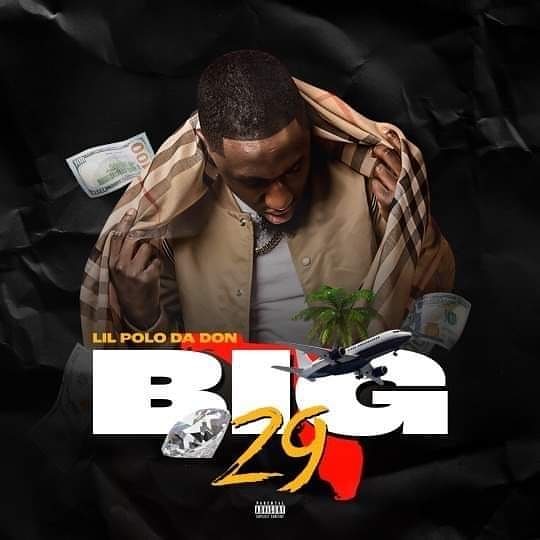 Up & Coming Artist Lil Polo Da Don was born and raised in Fort Pierce, FL. Coming up in the rough neighborhoods of the city. Claiming to have been writing music since the age of seven. Dealing with an troubled childhood, he's went through many phases in his life, having run ins with the law & the harsh environment of the Vietnam Projects. Being shot in the chest at the age of 19, he says that near death experience influenced him to take music more…

Siredric Jimmerson better known by his stage name Syre aka SoufSydeSed is an up-and-coming hip hop artist. He was born in Dallas, TX on November 9th. His mother still living but his father having passed. Syre, being the older of 2 boys took the position of big brother to heart and ensured his little brother had a positive figure to look up to and confide in.
Syre has been writing songs and tapping into his creative side since he was five years old. Music as a career wasn’t something…

Cheflodeezy is a Jamaican born Miami rapper. Deezy moved to Opa Locka, Miami at the age of 9 where he lived with his mom and younger brother. Deezy found his love for music as a teenager at Miami Central High, when his best friend at the time introduced him to the beat making platform Fruity Loops. After high school, Deezy fell into the street life. By the age of 21 he had multiple arrests, struggled with homelessness and the loss of a few close friends to gun violence. After almost going to… Continue