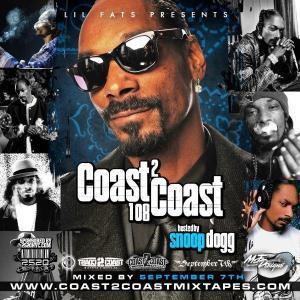 Coast 2 Coast Mixtapes has not received any gifts yet

Coast 2 Coast Mixtapes are the most downloaded mixtapes in the world! We release a free mixtape every week hosted by a major artist. Coast 2 Coast uses its network to promote artists worldwide through what has become the largest Urban promotion network on the planet!

Artists submit your music at www.coast2coastsubmissions.com to be considered for the next Coast 2 Coast Mixtape hosted by a Major Artist!


A. L. E. Records Hip Hop Artist & Producer, Wes Roby 'FLAVOR is the style in which you feel most comfortable. Whoever you are - that's your FLAVOR!'- Wes Roby