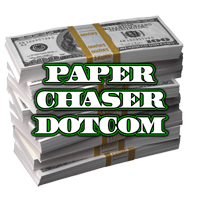 After dropping their debut album “Red Rum Records” to much critical acclaim, Montreal hip-hop collective Triple-R have released the music video for their LMN8 produced track “One Last Time” featuring Ojo Kami online below! “We are putting out today one last video single from our debut album. Its a song called “One Last Time” we put this song together to thank everyone who has supported us on the project, to reflect on the last few years of music and to give back to people doing what we do best one last time,” commented Bertrand the Visionary. “We made the video from footage taken at various shows and tours we have done over the last 10 years so this is a video that we are really proud to look back on and to be able to share with everyone who has supported us!” Triple-R’s recently released debut album “Red Rum Records” has drawn critical acclaim from HipHopCanada and others since it’s release. The album showcases the Montreal collective spitting venom on tracks with Madchild & Prevail from Swollen Members, Demrick from hip-hop supergroup Serial Killers, and Alberta hip-hop squad Doom Squad. The album also includes works of well-known Quebec artists including DJ Horg , K-Turnaz (Taktika’s DJ) , Jazz Master Snooksta and Anu Budz, owner and founder of MakeWay Studio. Triple-R has been grinding through the ranks of the Canadian hip-hop scene with an old-school approach of touring and winning them over with an explosive live show. Triple-R has played sold-out shows over the past few years opening for artists such as Madchild, RA The Rugged Man, Snak The Ripper, Merkules, Onyx, La Coka Nostra, Jeru the Damaja, Royce Da 59, Manu Militari & Souldia.